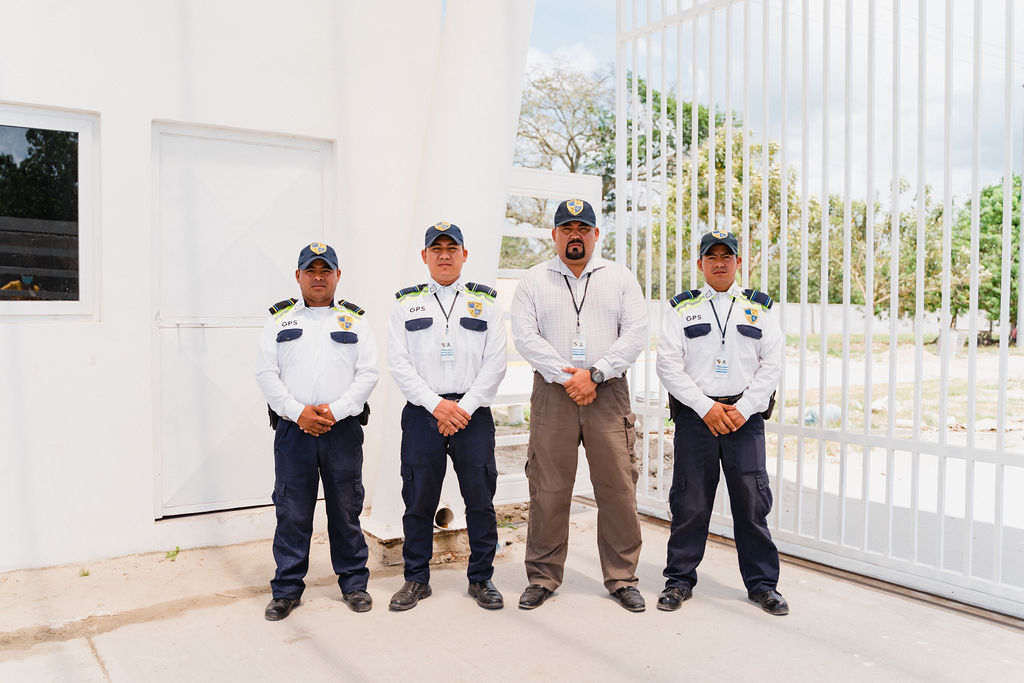 When I was growing up in the United States, the image of “police” was a friendly man walking the streets, ready to protect and serve all the inhabitants. Now the picture in the US is cars with militarized people whom even the most law-abiding citizens should beware of. “Officer, was I speeding?” In fact, courts in the United States have ruled that police have no duty to protect anyone.

Crime is rampant and endemic in Honduras, especially Choloma, which has long been known as one of the most dangerous areas in the world, other than war zones. Everyone who can afford it lives in a gated community, but only those considered rich by working-class Hondurans can afford it. Workers in the local factories called maquilas live in fear. The police are useless against the gangs. Yet Ciudad Morazán is creating a different police force that brings back the traditional image of men who protect and serve.

Different people expect different services from their city government. However, arguably the essential benefit everyone wants is security—protection of life, liberty and property. Police are the people who provide this security, at least theoretically. In practice, police are the biggest threat to life, liberty, and property in some places.

In Ciudad Morazán, security is one of the services that the city promises to all tenants, no matter how poor. Since residence is by contract, the city has an obligation to provide that security. One way is with a wall, but the primary means is the private police force.

Guards must ensure that unauthorized individuals do not enter the city without causing inconvenience to residents, visitors and workers. A phone app created by Double GDP enables the guards to limit entry without undue delays. In addition, that app includes a “panic button” that summons police in an emergency.

An additional promise that Ciudad Morazán makes is that corrupt or ill-mannered security guards will not be kept on the payroll. This promise means that the police will not extort the tenants or be rude to them while enforcing the law. Therefore, the police must balance being firm about the rules and arrogant about their authority. Thus far, there hasn’t been a need for fines to assure compliance with the simple regulations, such as not littering or double-parking.

Regular police officers in Honduras are not held to the same standards. They are paid very little, so corruption is common. Yet, the law makes it difficult to fire them or hold them accountable. They are understandably treated with disrespect by the population.

These policemen are not allowed in Ciudad Morazán without an invitation and supervision. They would probably only be invited into the city to arrest criminals for trial in Honduran courts since Ciudad Morazán operates under Honduran criminal law. Enforcing the rules that residents have agreed to in their contracts can be handled by the private police.

In contrast to the national police, the police officers in Ciudad Morazán are technically employees of a private company that supplies the trained guards to the city. Suppose the customer is dissatisfied with the performance of a guard. In that case, it can demand that the security company not allow that employee in the city. The security company is incentivized to pay good, well-trained guards higher wages to retain them.

The city, which pays the security company, is building a police force as the number of residents increases. A police chief oversees the training and performance of the officers. In addition, he helps determine whether a guard is a good fit as a policeman for the city. For example, guards must pay close attention to their duties and are not allowed to engage in activities like using their personal phones while on duty.

Police officers in Ciudad Morazán are not just service providers but part of the community. All of the guards live in the city, so they can save money on transportation and get to know the residents. As they are trained to treat residents with consideration, they are also respected and valued for their service. Additional perks include eight-hour shifts rather than the twelve hours standard in Honduras.

There is a comforting feeling in seeing friendly police officers patrolling the community. It reminds me of my childhood experience when I could trust that armed men were looking out for me.