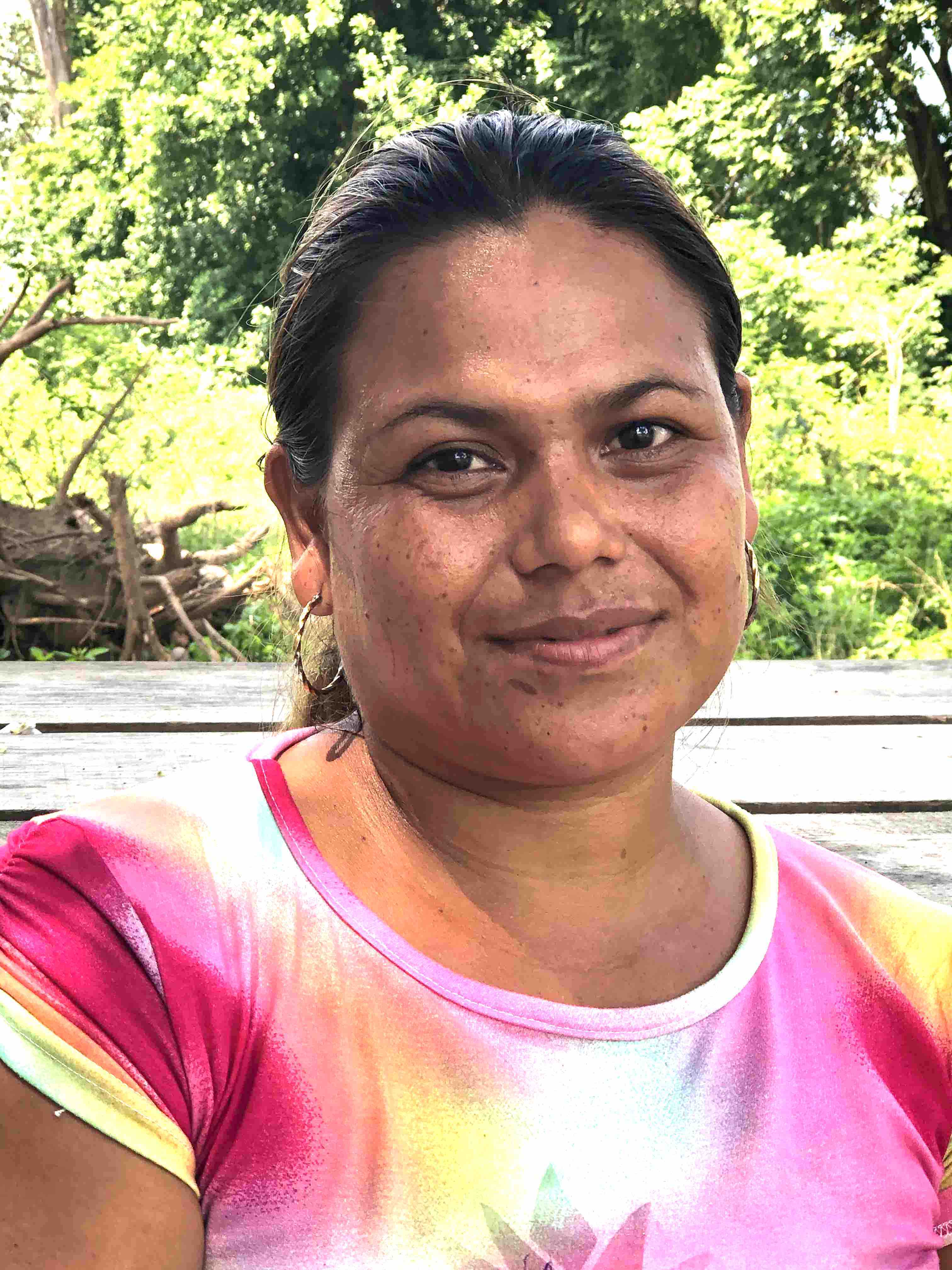 Rosa Amanda Aguilar has a long history with the land that is the ZEDE (Zone of Employment and Economic Development) Ciudad Morazán. For many years, she lived a few hundred meters from the spot where she is growing her business.

This land has always been agricultural land. Thirteen years ago, Rosa lived on the farm with her husband, Rosales Peña, and her three-year-old son Ariel. It was not an easy life. One night, the family was attacked by a gang. They were robbed, but Rosa credits her visible pregnancy with saving them from being injured. Afterward, they moved to another farm that was also near what is now Ciudad Morazán.

Rosa had a daughter, Allison, and then another son, Dario Yandel, six years later. Rosales raises cattle and horses, but it is hard to feed three children and take care of Rosa’s parents, who live with them. Rosa made a little extra money by selling food out of her home. However, she only had a few occasional customers.

Meanwhile, the owner of the land near where Rosa had lived was only raising king grass to be used for biofuel. In 2020, he was happy to sell the land to Ciudad Morazán.

Rosa was close enough to the ZEDE to notice the workers building the first warehouses in late 2020. She saw a need and an opportunity and started carrying drinks and snacks to sell to the workers.

Rosa found a nice shady spot under some trees inside the ZEDE and asked the construction manager if she could sell her products there. Soon after, her mother helped her build a small metal shack, so she didn’t have to carry all her products to the site every day. 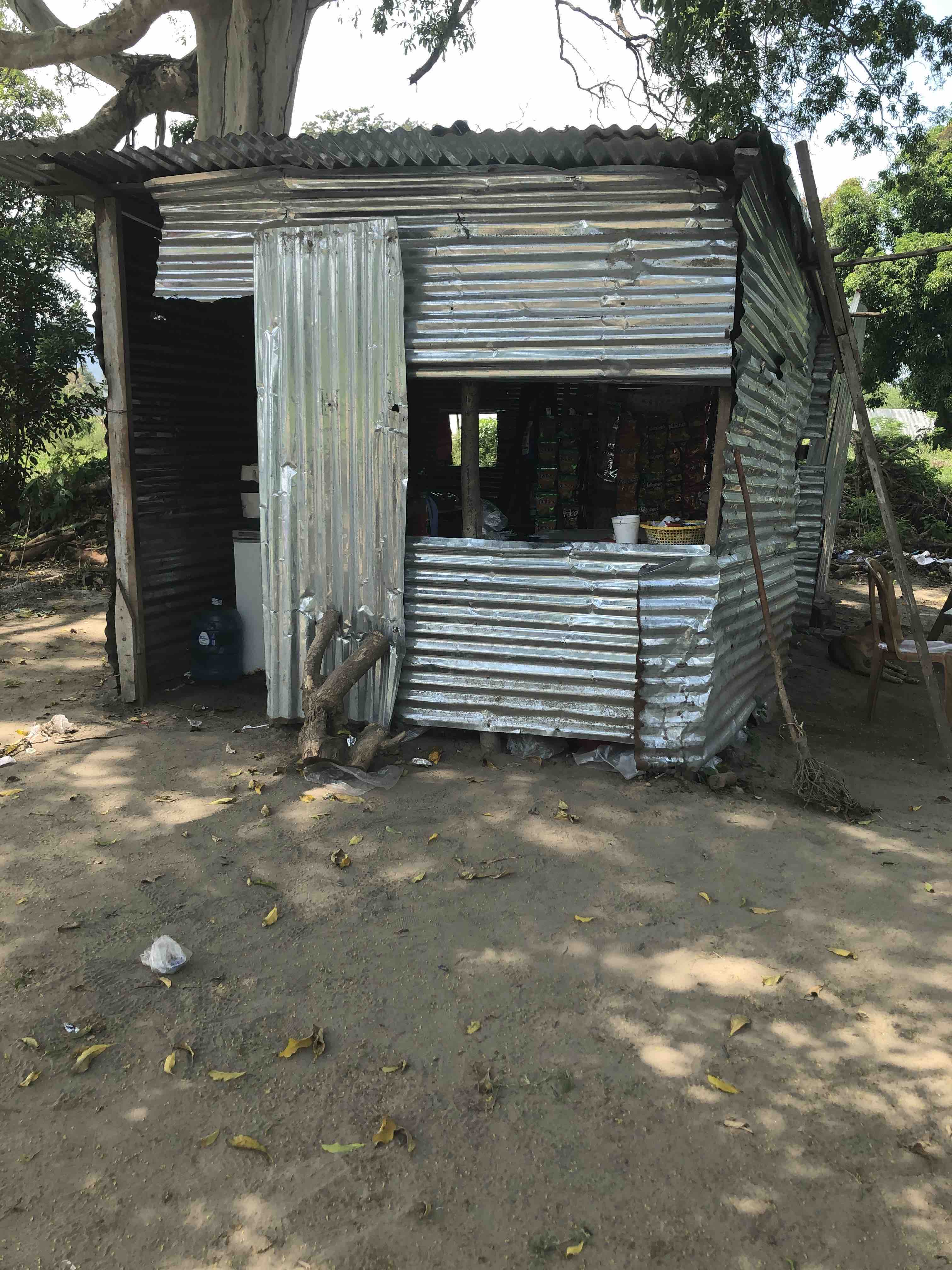 Ciudad Morazán is a community designed to encourage entrepreneurship. The tenants choose to enter into voluntary contracts that spell out their rights and responsibilities so they can be sure the rules won’t be changed on them.

Rosa was offered a contract with Ciudad Morazán to rent the space she had chosen for $10 per month. When she understood all the terms of the agreement, she was pleased to agree. The construction manager sent over a couple of workers to make her hut a little sturdier. A little later, Rosa added a stove to make lunches and a couple of picnic tables for her customers.

Even now, before the first residents have moved in, Rosa has a good business providing soft drinks, snacks, and lunches to the construction workers. She is happy with her location and the security of her store. Even though Rosa has to carry in ice every day to keep her water and soft drinks cold, she has all she needs. She cheerfully greets her customers as they come by throughout the day.

Rosa is happy to be making enough money now to pay off a loan she took out from a bank some time ago, but she has bigger dreams. Her contract is only for a few months because there will be some commercial space available to rent along with the first residential spaces. She is looking forward to having a store with electricity and other amenities. With the residents working in the ZEDE or nearby maquilas, she hopes to have plenty of customers and grow her business as Ciudad Morazán grows. The ZEDE program is giving her the chance to make her dreams come true.